Schooltours of the Vienna´s English Theatre

Workshop of the class 3E with David Taylor

It was a Tuesday in October when the girls and boys of the 3E came to school with heavy bags full of costumes, props and make-up. They took part in a theatre workshop, playing “Uncle Bill´s Will” – a short drama about greedy pirates, siblings who were trying to find the treasure of their dead uncle and a group of shipwrecked sailors on a deserted island.

David Taylor, an experienced actor and director from England, member of Vienna´s English Theatre, filmed the whole play, scene by scene, trying to get the best out of all the performing kids.

It was hard work and great fun and we are looking forward to seeing the result of our efforts.

A voice of one of our pupils:

Behind the scenes of “Uncle Bill’s Will”

Hello I am Pawan. I am 12 years old, and go to Bundesgymnasium, Kufstein. On the Nineteenth of October, we had a play, “Uncle Bill’s Will.” We all got our roles and had to read through the play. The day before I didn’t know what to expect, but once I met David Taylor, I knew it would be OK. At first, David Taylor talked about what he does, and he was a very funny guy. He had this very English accent and talked with a very deep voice. Then we all went and dressed up.

Everyone had different costumes and David Taylor brought some stuff with him for example, fake blood and eye patches. Then, David set up the background, he put some tables on the floor as the ship. He also hung up some bedsheets as sails. After that, we started. We would always do a trial and make sure that it was perfect. He would then grab his camera and video tape it. The rest of us were sitting in the back of the classroom and watching. Some clips would take a while and some only took one try. We had a break at 10:30 and my friends and I went out in our costumes and played some Football. While we were playing, other kids were asking us why we were wearing old pirate clothes.

At the end, we cleaned up and David told us that we did a wonderful job. There were some funny and weird moments but all in all it was a great experience. We are lucky that David chose us. When I came home, I told my family about everything that had happened. 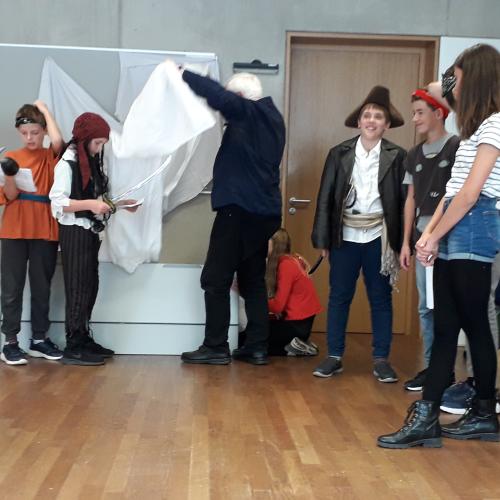 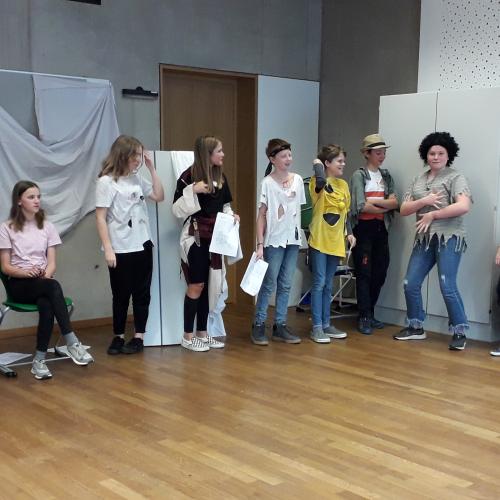 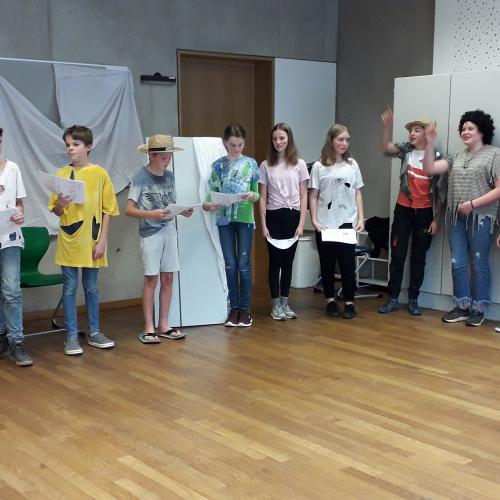 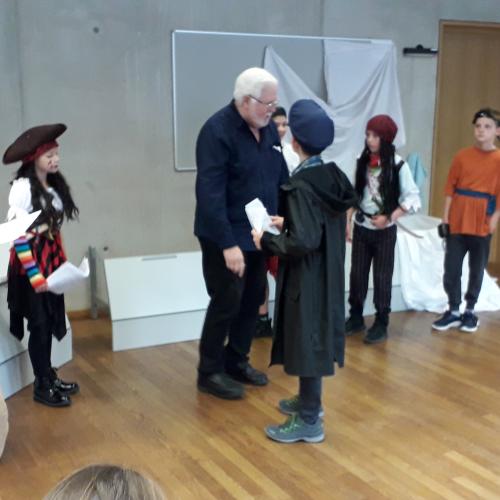 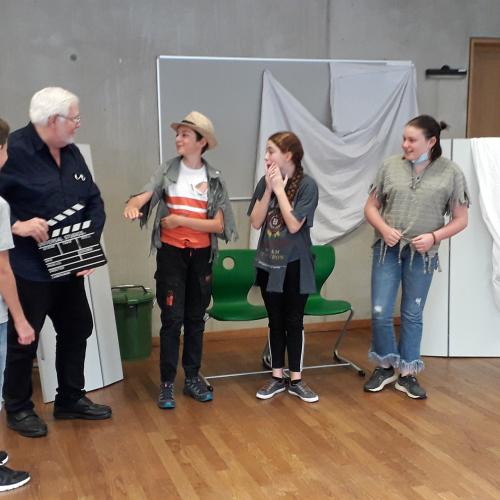